Join our all-new Duome Forum to rediscover what was lost with Duolingo Forum closing and more...
•
Streak Hall of Fame 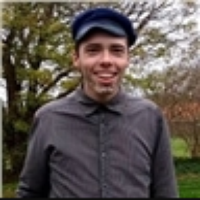 Grammar notes like those below can be helpful if you're having trouble with the lessons, so consider trying the lessons above before reading the notes. They'll be more helpful once you have a context for understanding them.

French has two grammatical genders: masculine and feminine. All nouns have a gender that you must memorize. Sometimes, the gender can be obvious: une femme ("a woman") is feminine. Other times, it's not obvious: une pomme ("an apple") is also feminine.

In every complete sentence, the subject is the person or thing that performs an action or is being described. This is often a noun, but a personal subject pronoun (e.g. "I", "you", or "he") can replace that noun. In both English and French, pronouns have different forms based on what they replace.

Notice above that the verb manger (as well as its English equivalent, "to eat") changes form to agree grammatically with the subject. These forms are called conjugations of that verb. Whenever you want to learn a verb's conjugation, hover your mouse over that word and press the "Conjugate" button.

Here are some conjugations for verbs you'll encounter in the first few units:

Grammar notes like those below can be helpful if you're having trouble with the lessons, so consider trying the lessons above before reading the notes. They'll be more helpful once you have a context for understanding them.

Articles (e.g. "the" or "a") provide context for a noun. In English, articles may be omitted, but French nouns almost always have an article. French has three types of articles:

Articles have multiple forms, as provided in this table:

It is critical to understand that articles must agree with their nouns in both gender and number. For instance, le femme is incorrect. It must be la femme because la is feminine and singular, just like femme.

Le and la become just l' if they're followed by a vowel sound. This is an example of elision, which is the removal of a vowel sound in order to prevent consecutive vowel sounds and make pronunciation easier. Elisions are mandatory—for instance, je aime is incorrect. It must be j'aime.

These other one-syllable words can also elide: je, me, te, se, de, ce, ne, and que. Tu can also be elided in casual speech, but not in writing (including on Duolingo).

In a contraction, two words combine to form one shortened word. For instance, the partitive article du is a contraction of the preposition de with le.

However, since du can create vowel conflicts, when it would appear in front of a vowel sound, it takes the elided de l' form instead. This is also the case for de la.

The letter H is always mute (silent) in French, but when H starts a word, it can act as a consonant (aspirate) or vowel (non-aspirate). For example, the H in homme acts as a vowel. This means that "the man" must be written as l'homme.

Conversely, an aspirate H doesn't participate in elisions or liaisons (which you'll learn about soon). It's usually found at the beginning of loanwords from German or other languages. For instance, "the hero" is le héros. Pay attention to this when learning new vocabulary.

French nouns for persons of a certain nationality are capitalized, but in French, national adjectives and language names are not capitalized.

Remember that nouns for nationalities (and also professions and religions) can appear after être without a determiner. In this usage, they are adjectives and are not capitalized.

However, as you learned in "Verbs: Present 2", English stative verbs cannot be used in continuous tenses. You can only use them in simple tenses.

Generally, if a verb refers to a process, it's a dynamic verb; if it refers to a state or condition, it's a stative verb. The most common stative verb is "to be", but here are some other common examples:

However, some verbs can be either stative or active depending on context. For instance:

This restriction on using stative verbs in English continuous tenses will be particularly important in the next few units.

The partitive article is used for unspecified amounts of uncountable nouns. In English, it can translate to "some", but it's often just omitted. Remember that du is a contraction of de + le and that partitives can elide.

Nouns almost never appear without articles in French, so articles must be repeated in serial lists.

Count Noun, Mass Noun, or Both?

Count nouns are discrete and can be counted, like un livre ("a book"). They can be modified by definite and indefinite articles, but not partitive articles.

Mass nouns like lait ("milk") are uncountable, and they can be modified by definite and partitive articles, but not indefinite articles.

However, many nouns can behave as both count nouns and mass nouns. This is true for most edible things. For instance, consider poisson ("fish") or vin ("wine"):

When an article is missing in an English sentence, it must be added to the French translation. The definite article can be used to fill this void in three situations:

If any of the above is true, then use the definite article. Otherwise, use the indefinite or partitive, depending on whether or not the noun is countable.

Both articles are missing in the English version of this example. Aimer expresses fondness for wine, so le vin should be used there. However, boire is not a verb of appreciation, so the partitive du should be used on the uncountable lait.

This is a general truth about cats, but #2 above can only apply to subjects, so only chats takes a definite article here. Animaux are countable, so use the plural indefinite des.

This is a tricky example because the meat is the direct object of manger, not aimer. Thus, #3 does not apply and viande cannot take a definite article.

Also, the French definite article can be ambiguous when translating from French to English. It can often refer to both a specific noun and the general sense of a noun.

De plus a definite article can also have other meanings. De means "of" or "from", so this can also indicate possession or association with a definite noun.

Tu is not pronounced like the English "too". The French [u] (or German [ü]) is a sound that isn't found in English. A tip to learn this sound is to shape your mouth like you're about to say the "oo" (in "too"), but say "ee" (in "tee") instead. Practice this until it feels natural.

Duo isn't perfect, and you'll sometimes encounter incorrect translations or missing answers. When you do, please report these using the "Report a problem button". The best way to ensure that it gets fixed is to suggest an alternative translation or mark the given answer as awkward. Course editors often don't see comments in discussions.

French word endings tend to be particularly difficult for beginners, largely because ending consonants are usually silent, but they do affect preceding vowel sounds.

The consonants C, R, F, and L are usually pronounced (you can use the mnemonic "CaReFuL"), with these main exceptions:

When a consonant is followed by a mute -e, then the consonant should be pronounced. This is a way of distinguishing masculine and feminine forms verbally. Any unaccented -e at the end of a word is always mute except in a single-syllable word like le, which sounds somewhat like "luh".

The letter E often becomes mute in the middle of a word, especially if it would add a syllable. For instance, most Francophones pronounce appeler ("to call") as "app-LAY", not "app-pe-LAY".